I have one, singular goal in life – to be able to wipe my own ass for as long as possible.

Seem silly?  I don’t think so.  Flexibility is one of the first things to go as we age.  And once you lose the ability to rotate your arm behind you to take care of business… well, that’s a one way ticket to the nursing home.  Your family loves you, but they sure as hell don’t want to wipe your ass.

And if that doesn’t strike a chord with you, maybe this will – has your mother, father, grandmother, grandfather or anyone else you know fallen and suffered a debilitating injury?  Remember those “I’ve fallen and I can’t get up infomercials from the 80s?”

If we look at the statistics, as you age you’re going to:

Again, if none of that motivates you, replace “you will” with “someone you love will.”

I know, it’s a grim picture.  But honestly, this article isn’t meant to be a downer.  I just needed to grab your attention with all that scary stuff.  I actually want to show you how to prevent all of this crap from happening and increase longevity for you and those that you love.

So, what’s the secret?  It doesn’t come in pill form and it isn’t available at your local pharmacy, but it is dead simple.  It’s keeping your muscle mass (and maybe adding a bit too).  Don’t believe me?  Let’s get into it (or if you want to skip the science, click here to fast forward to the conclusions).

I’ve Fallen And I Can’t Get Up 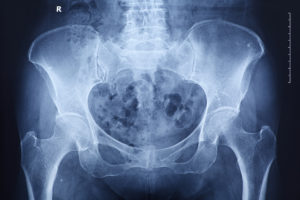 As you get older you lose bone mass, which makes your bones more brittle.  Your sense of balance also drops.  This is double trouble.  It sets you up for a fall and broken bones – a broken hip if you’re really unlucky.

But… people break bones all the time, right?  Well, if you’re elderly, there is a very good chance that a break is the beginning of the end for you.  A significant percentage of the elderly that break a hip or suffer some other major injury never get out of bed again.  How is that for quality of life?

Would it surprise you to hear that decreased muscle mass is closely connected to an impaired sense of balance and higher risk of falling?  It is.  Researchers at the University of Buffalo found that not only are low levels of skeletal muscle mass associated with poor balance, they’re also associated with reduced structural bone health.

Based on this research we can infer that if you have more muscle when you’re older, you’re much less likely to fall and if you do fall, you’re more likely to have bones strong enough to withstand the fall.  Boom… a secret to longevity!

Lifting & Wiping Your Own Ass 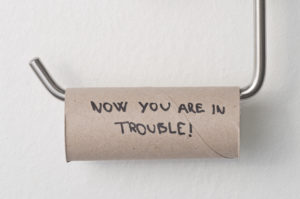 If you’ve been following along, you know this one is the biggie.  Flexibility, aka wiping your own ass.  Now, maybe you’re saying to yourself, “aren’t people with more muscle less flexible?”  Maybe you have visions of big, burly bodybuilders in your head.

Most Grandmas and Grandpas aren’t bodybuilders though.  In fact, most don’t spend much time away from their couch.  This inactivity causes their muscles to shorten, reducing their range of motion.  And as it turns out, weight training is an excellent form of keeping those joints active and preserving or increasing flexibility.

A study reported on in the Journal of Clinical Interventions in Aging examined the effect of 53 women over 60 years old hit the gym either two or three days per week for 12 weeks.  Here’s what happened:

They increased their flexibility a lot!  Get your grandma into weight training a few days per week and you might find her shaking her moneymaker like Shakira with her added hip flexibility.

Alright, so weight training is not only associated with stronger bones, better balance, but it can also improve flexibility.  Hot damn!  Now, what about those nasty diseases like: cancer, diabetes, heart disease and Alzheimer’s?

How To Defeat Disease

It just so happens that many of the most common diseases are thought to originate from low-grade, persistent inflammation. Now, inflammation on it’s own isn’t bad.  In fact, it plays a key role in how you benefit from exercise.  But, that’s acute inflammation my friend. When it persists at a low level for an extended period, it can wreak havoc on your body.

There are many drivers of inflammation in life and there are many ways to measure chronic inflammation.  Some of the more common markers are C-reactive protein, Interleukin-6 and Tumor necrosis factor alpha.  Let’s see what happens to those markers when people lift weights, shall we?

Researchers out of Brazil worked with a group of 38 obese women, averaging 68 years old.  They had half of the women lift 3 days / week for 8 weeks and the other half served as the control group and didn’t do a damn thing.

At the end of the 8 weeks, the group that lifted saw a significant reduction in ALL of the aforementioned markers of inflammation.  Not only that, but they improved their body composition, increased their HDL – the so called good cholesterol – and decreased their LDL – the so called bad cholesterol.  They even improved their fasted blood glucose levels… suck it diabetes!

Let that sink in.

So much money is spent on pharmaceuticals each and every year that can’t deliver nearly the benefit that this group of women saw from lifting weights 3 days / week.

Can You Add Muscle In Your Later Years? 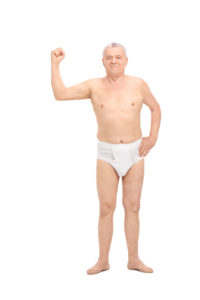 Now is probably the time to address the elephant in the room.  Sarcopenia.  Isn’t muscle wasting inevitable as you age and what if my elder loved one is already lacking in the gainz department… are they just screwed?

You’re right to be concerned.  Our physiology does change as we age.  And it’s true, some of those changes can make maintaining and increasing muscle more challenging.  So, sure.  It’d be ideal if we all banked a bunch of muscle as youngsters and then lived off the dividends from that for the rest of our lives.

But, it is totally realistic to build muscle in your later years.  Maybe you missed the numbers in my chart from the study above where the women increased their flexibility.  If so, go back and take a look.  The group that lifted 3 days / week actually increased their muscle mass by 7.4% over the 12 week program.  Not too shabby grandma.

But to really hammer on the point and reveal a key factor for muscle growth in your later years, let’s take a look at one final study.  Those busy researchers at the University of Buffalo split 62 frail, elderly individuals into two groups and had them all lift weights 2 days / week for 24 weeks.  At the end of the study both groups got stronger, but only one of the groups increased their muscle mass.

What was the difference between these groups?  Protein!

The elderly tend to eat less, especially protein.  So, these researchers had one of their groups supplement with 15g, two times each day during the study (the other group supplemented with a placebo).

Don’t discount the fact that everyone got stronger from lifting.  Strength is a very important trait as you age, but without protein, the participants failed to add muscle.  So, you might want to consider getting your grandma a shaker bottle for her birthday this year.

Alright, so the numbers aren’t in our favor.  We face a grim future filled with chronic disease and an inability to wipe our own asses.  Billions of dollars are spent every year on pharmaceuticals and pharmaceutical research to address these problems.  But, there is one solution that doesn’t seem to get a lot of publicity.  It may not be a panacea, but it’s still damn effective.  That’s lifting weights.

According to the research, lifting weights and increasing muscle mass can:

And while sarcopenia and muscle loss as you age is a real problem, it is still totally possible to build muscle as you get older, as long as you:

Just to cement the point, below you’ll find a picture of my mother-in-law competing at the 2015 CrossFit Games.  She started lifting just a couple years prior to when that picture was taken.  She’s 61.  What do the 61 years olds you know look like?