Most serious lifters are looking for an edge in their training.  A way to train smarter. A way to optimize muscle building. Sound like you?

Well, in any training program there are a series of variables you can manipulate:

There’s a huge body of scientific research on each of these training variables.  In this article, we’ll take a look at tempo to see how manipulating it may or may not help you build muscle faster.

So, What is Tempo?

Well, in most lifts there are three muscle actions: concentric, isometric and eccentric.  Stay with me here… these are just fancy words with simple meanings.

Concentric is the shortening of the muscle – also referred to as the “rising” component of the movement.

Isometric is a fixed position – think the bottom of your squat or the top of a pull up.

Eccentric is the lengthening of the muscle – also referred to as the “lowering” part of the movement. 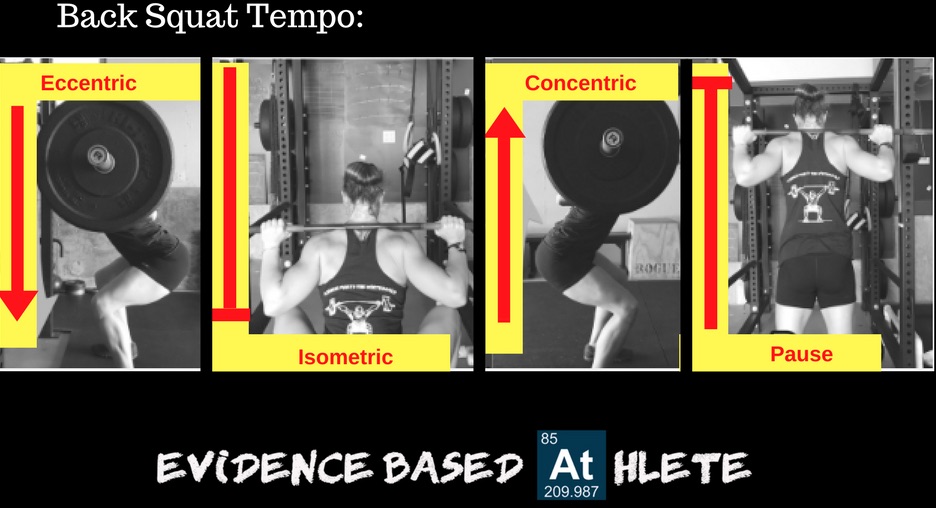 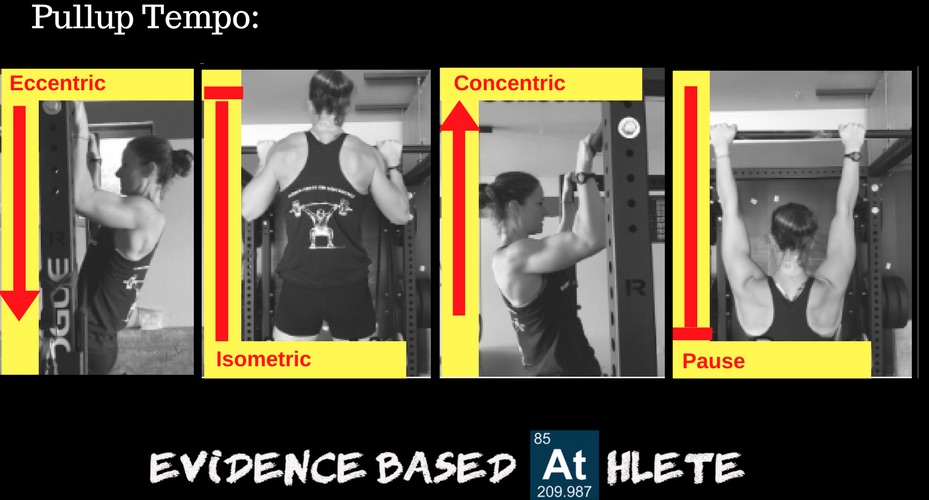 Now, tempo training is simply controlling and / or manipulating these three muscle actions in your lifts.  It’s usually written in an exercise program like this:

This all probably seems a bit abstract, so let’s walk through the above back squat example:

One quick note, in this example we used “X” for concentric, but this could have also been a number like 3, which would have then required you to take 3 seconds to move from the bottom of your squat to fully standing.

Now, What is Tempo Training?

There seems to be a little confusion about tempo training.  It simply means that you’re attaching a tempo to most, if not all of the movements you perform in your training.

A common misconception is that tempo training implies extended time spans for one or many of the muscle actions.  An example of this would be:

It’s true, this is still an example of tempo training, but just know that tempo training doesn’t always imply super slow lifts.  It simply means that you’re controlling the timing of the muscle actions during your lifts. 5555, 32X1, 1010… all tempos used in tempo training.

But, are Extended Tempos the Best Way to Build Muscle? 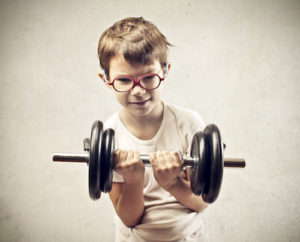 Increasing the tempo of a lift increases the time your muscles are under tension, but it also decreases the volume you can perform during a given session.  Think about it, if I asked you to do a 5×5 on Monday at a quick tempo of 20×1 and then on Friday that same 5×5, but at a slower tempo of 5555, which day would you lift heavier weights?

Ok, so you’ll lift less weight with the extended tempo, but the time under tension is much greater.  So, is there any difference in the way your body responds after these two different lifting days?

Well, if absolute strength is your goal, meaning a focus exclusively on getting stronger (not bigger or leaner necessarily), concentric and eccentric durations of about 1 – 2 seconds appear to be superior.

But, what about for increasing muscle mass?

Researchers at the University of Buffalo looked to answer this exact question.  They recruited a handful of experienced male lifters and compared their muscle response to a (slow) 6061 tempo and a (fast) 1011 tempo and found that the slower tempo actually lead to an increased acute amplitude of mitochondrial and sarcoplasmic protein synthesis.  What the heck does that mean?!?!?

Ok, but here’s the problem with this type of research, it’s really difficult to make an apples to apples comparison.  You see, the participants performed the same number of reps and sets at the slower tempo as they did at the faster tempo.  If they had gone closer to failure at the faster tempo, it’s possible the results would have been similar. Unfortunately, we’ll never know.  And if you review the vast body of scientific literature on this topic, you’ll see it riddled with conflicting studies that arrive at differing conclusions for this very reason.

Based on my personal review and interpretation of the research, I believe that extended tempos (greater time under tension) don’t make much of a difference in untrained individuals when it comes to building muscle.  However, when experienced lifters slow down their bar speed, especially in the eccentric phase, it likely leads to greater hypertrophy, i.e., gains.

Other Reasons To Focus on Tempo

Alright, so we know that that extended tempos may lead to more muscle in experienced lifters, but it probably doesn’t make much of a difference in beginners.  Is that the full picture when it comes to tempo training?

Actually no, there are a handful of other things to keep in mind.

First, as a coach, I almost always attach a tempo to lifts in the training programs I create for my clients.  Why? Control. I know what my clients are doing (or should be doing anyway). I’ve had far too many experiences watching a video of a client perform a lift that lead me to scratch my head and think to myself “what… the…. what….?”  Prescribing a tempo dramatically cuts down on that. 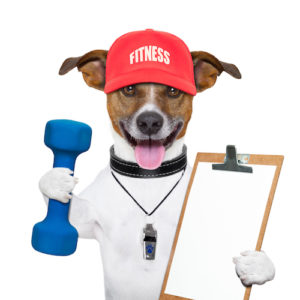 Second, load management plays an enormous role in injury prevention.  When lifters continually push weights near their max, there is a higher likelihood of injury.  Taking lower loads to failure can actually be just as effective for building muscle as training at higher loads though with the added benefit that there’s less of a chance you’ll get hurt.  And guess what… extended tempo training is an excellent tool when working at a lower intensity to prevent injury.

Next, exaggerated eccentrics along with novel movements are more likely to produce intense soreness.  That may be what some of you masochists are seeking from your training, but it’s an important factor to consider when building a program.  If you can’t walk for a week because of some extended tempo work you did, you can’t train those muscles during that time.  That’s unnecessary time away from training and over the long haul will lead to less gains.

Finally, though there’s a ton of debate around whether extended tempo work is beneficial, it’s important to note that a lot of this gets bogged down due to differences in training intent.

For example, eccentric focused training is well suited for increasing muscle strength at longer lengths while concentric focused training can be more beneficial for increasing muscle strength at shorter lengths.  Which is superior? Well, that depends on your application, right? If you participate in a sport that requires strength at longer muscle lengths (e.g., figure skating), then of course you’re going to claim eccentric training is superior.

So, keep in mind that whether or not you will benefit from extended tempo training is highly dependent on your background, your goals and a bunch of other factors.

Most of us are on a quest to optimize our training… to get the most out of our time in the gym.  Why take 10 weeks to build the amount of muscle you can build in 5 weeks with smarter training?

There are many variables you can manipulate in order to optimize your training for your specific goals, one of which is tempo.  So, what are the pros / cons of tempo training?

The mechanisms of muscle hypertrophy and their application to resistance training.