I promise this is a possibility for you. And no, you don’t have to kill yourself in the gym 7-days-a-week or be ultra restrictive with your diet to achieve epic results. In fact, life changing fitness can come easier than you might think. Let me explain…

This is a Rubik’s Cube. 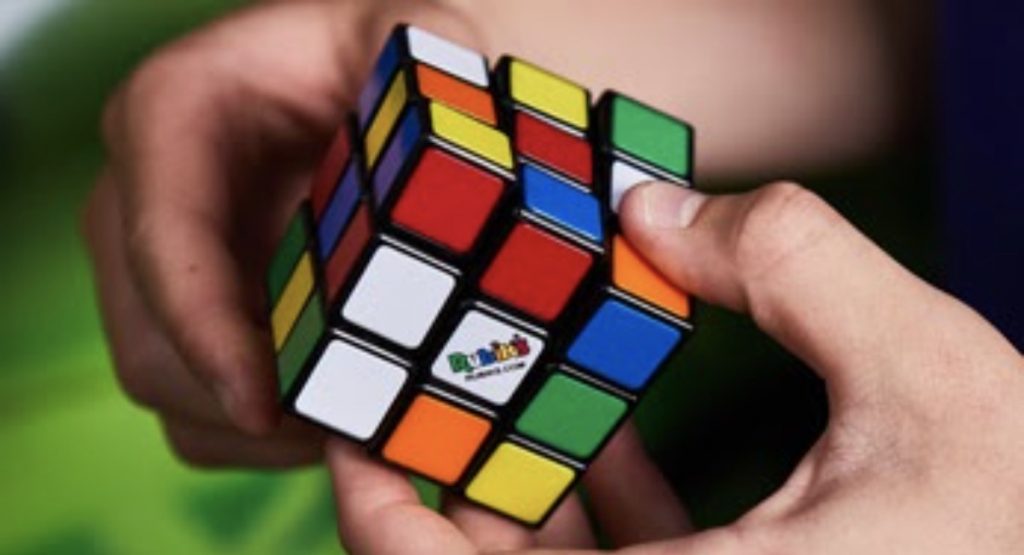 At some point in your life, you’ve probably played with one of these. If you’re like most people though, you never solved the damned thing. You picked it up, twisted it around a bit, got frustrated and chucked it in the closet. MAYBE you came across it again a few months later, gave it another shot, but despite the effort, you got no closer to solving it.

Sound familiar at all? It should. Even if you’ve never touched a Rubik’s Cube, this parallels how most people approach their fitness. Sporadic bouts of intense effort with no long term progress. 30 day challenge anyone?!?!?

The simple truth is, solving one of those cubes doesn’t require a genius level IQ. It just takes practice. And after you solve it a few times you become more efficient and quicker. Before you know it, you end up like this kid…

I’m certain Feliks Zemdegs has a gift, but he’s also solved that damned cube thousands of times before. He has a knack for it, but he also has a strategy. At his level, he knows how to solve the cube before he even picks it up.

And, that’s us. We’re the Feliks Zemdegs of evidence-based fitness 😀

We’re highly scientific people, with a knack for coaching, that have helped hundreds of others just like yourself. People who’ve struggled to make progress on their own. People who’ve plateaued. People who lose motivation. People that wanted to accomplish great things, but aren’t quite sure how.

Each of those groups are like a different starting condition of a Rubik’s Cube. Difficult to solve if you’ve never seen it before, but if you’re Feliks Zemdegs…

So, if you want to benefit from the years of practice we’ve logged. The thousands of science papers we’ve read. The hundreds of people we’ve helped. We’re here for you. There really are no shortcuts in fitness, but we can put you in the fast lane.

Oh… and seriously, you should watch this video of Feliks set that record, it’s really impressive.

I really like Rubik’s cube, but it isn’t the only cube in town. Here at EBA, we’ve developed a system of coaching we call Cube Concept. Named as such because, just like a cube has six sides, so does our system. Each side on it’s own is important, but when combined into a cohesive effort, epic things are possible. Here’s a brief walkthrough of our six powerful ingredients… 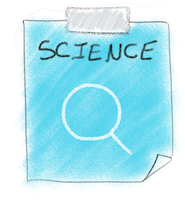 Science. There’s a ton of health and fitness information scattered across blogs, podcasts, youtube and social media feeds – many with seemingly conflicting conclusions. So, we understand that it can be super confusing to know what is real and what isn’t. At EBA, we have one person on staff (me), whose entire job it is to read legitimate scientific research papers and distill them down into best practices to apply with our clients. No bro-science or guesswork here. 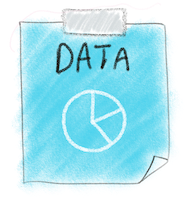 Data. How do either of us know if the things you’re doing are working or not? That can be tough. That’s why we’ve identified a handful of key metrics relevant for most fitness goals. We track these carefully to ensure you’re making continued progress. Some coaches hide from numbers because they aren’t confident that what they’re offering works – we put that data front and center so there’s no doubt. 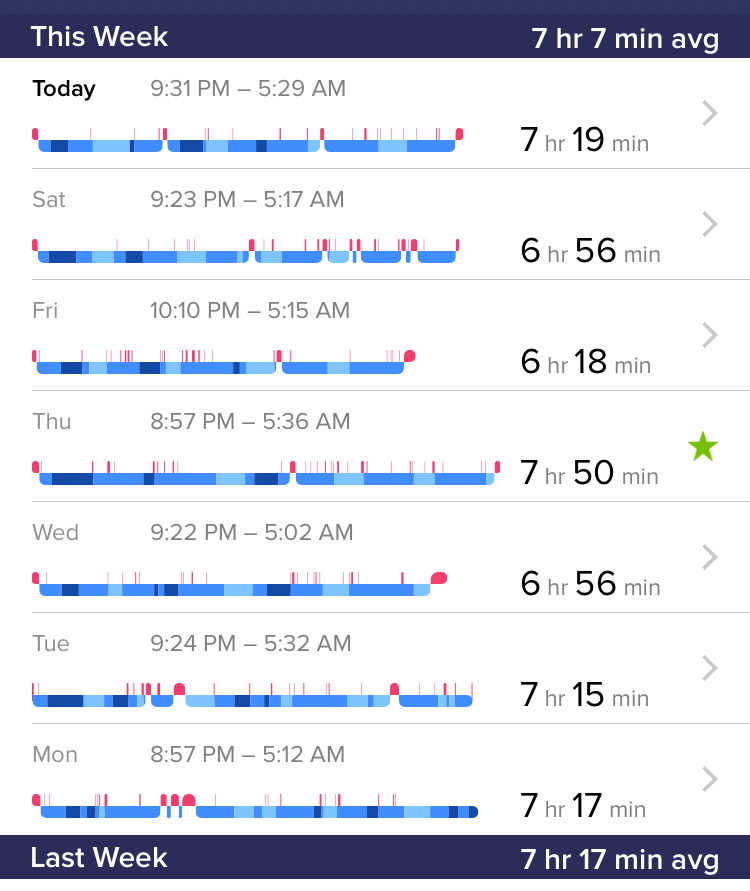 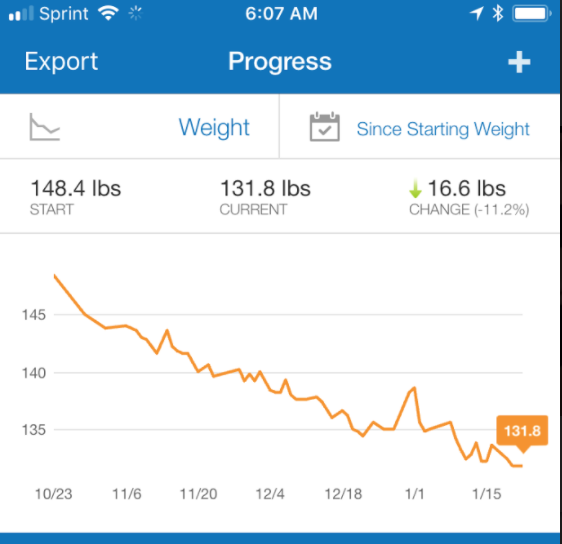 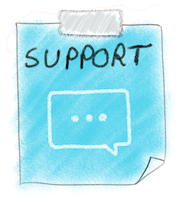 Support. Though rarely discussed, perhaps the most significant contributor for increasing fitness is a robust support system. Accountability. Motivation. Overcoming obstacles. Self control. Being there for you to vent frustrations and celebrate wins. We believe a strong coach / client relationship is essential for best results. Accordingly, each of our coach’s client loads are capped to ensure you get the support you deserve. 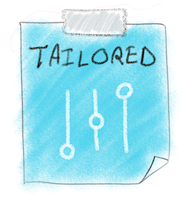 Tailored. Ever seen a person wearing an ill-fitting suit? It looks pretty funny. The crazy thing is, that same suit, after tailoring, can look super sharp. The same applies for fitness. An ill-fitting approach is ineffective. You have different goals, constraints, and background than others, thus your path to sustainable success is going to look different than everyone else’s. That’s why each client plan we create is completely custom. 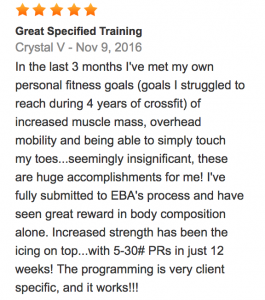 Strategy. It’s easy to get caught up in the details surrounding a single battle and not see the bigger picture of the entire war. We keep our eyes on both for you, developing a long-term strategy and a short term plan. These plans are adaptive though. Our coaches meet in a weekly roundtable to review every client’s progress and brainstorm ways to enhance both the long and short term. 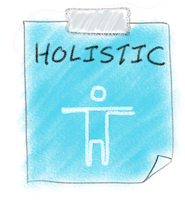 Holistic. Your fitness is affected by things you might not even think of. Sleep, stress, digestion, medical history, training background, and the list goes on and on. We factor all of this in when developing your strategy. So while you may come to us to focus on nutrition or exercise, we provide guidance in all areas we think will lead to better outcomes. 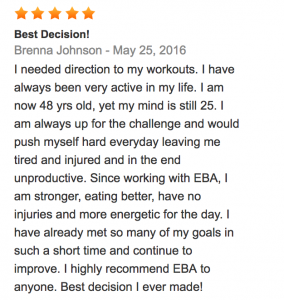 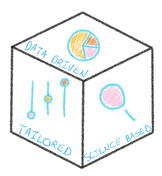 And that’s how we work with each and every client: science-based, data-driven, tailored-to-you, supportive, strategic and holistic. But… Cube Concept has a better ring to it, so that’s what we call it.

Others have recognized the reward that comes along with the grind we put in for each client, which is why we’ve worked with everyone from moms looking to drop a few dress sizes to professional NFL players. From empty-nesters wanting to prioritize themselves again to CrossFit Games athletes. We’re also the go-to option for other fitness professionals and we’re even the trusted fitness arm for a medical clinic or two. 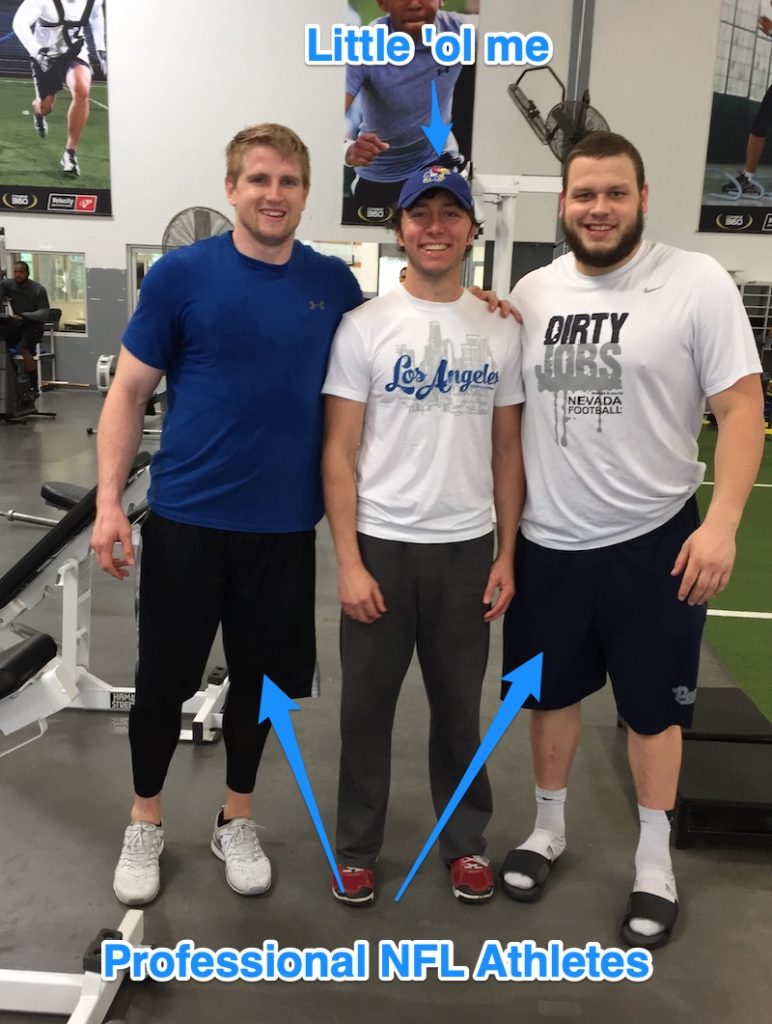 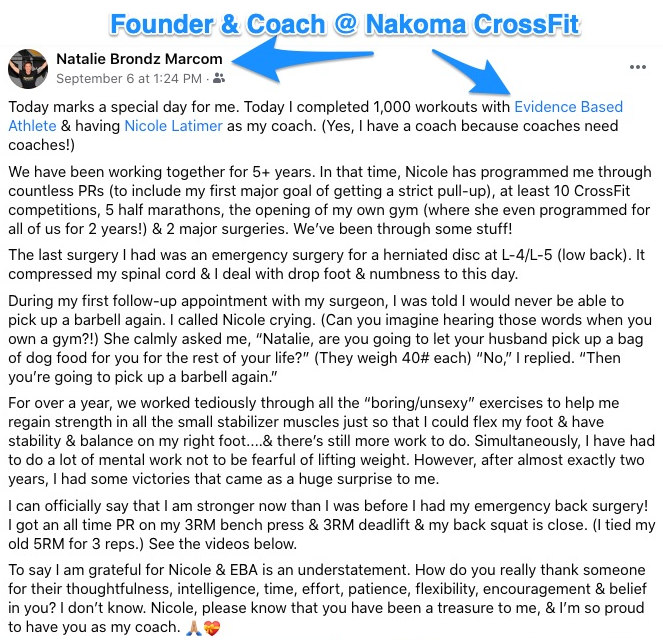 Want Us To Go To Work For You?

The primary way we work with people is through 1:1 remote coaching, but a few times a year we also offer group programs. You can learn more about how each of these options can help you achieve your fitness goals below.

This is the path if you want to harness the full power of our Cube Concept. We develop a science-based, tailor-fitted strategy specifically around your needs and then work closely with you to execute on it.

I know I’ve told you epic things are possible with 1:1, but talk is cheap, so let me show you… 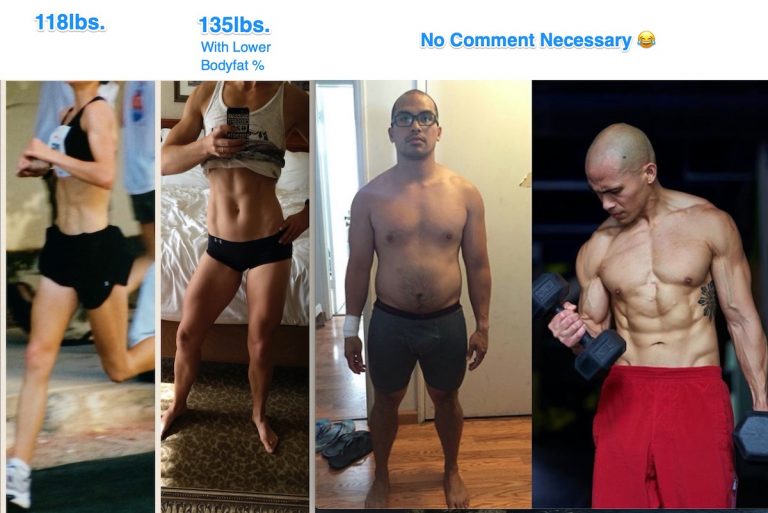 On the left is our very own Coach Nicole who went from a scrawny 118lbs to 135lbs while simultaneously decreasing her body fat percentage. On the right is Erwin, you can learn more about his journey on our Building Muscle page. 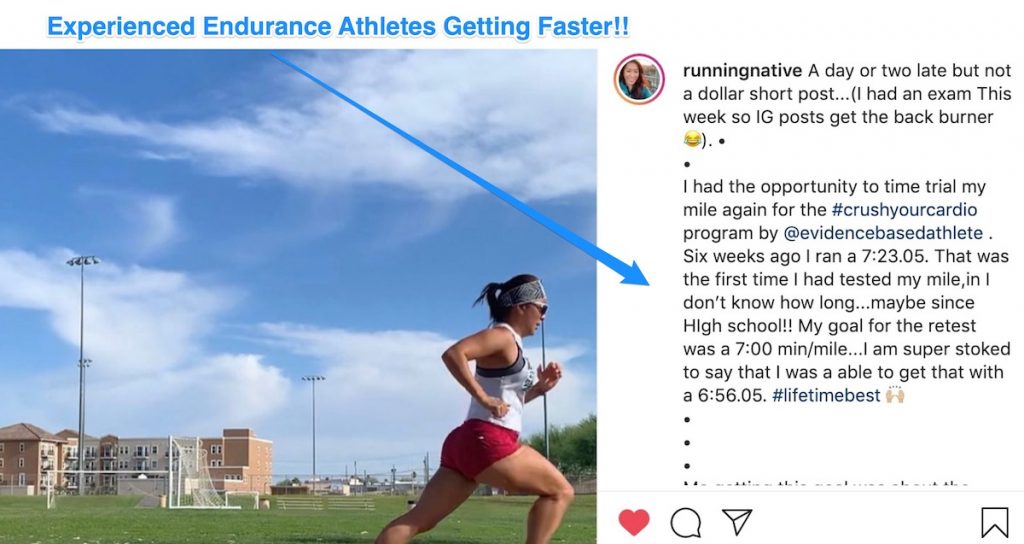 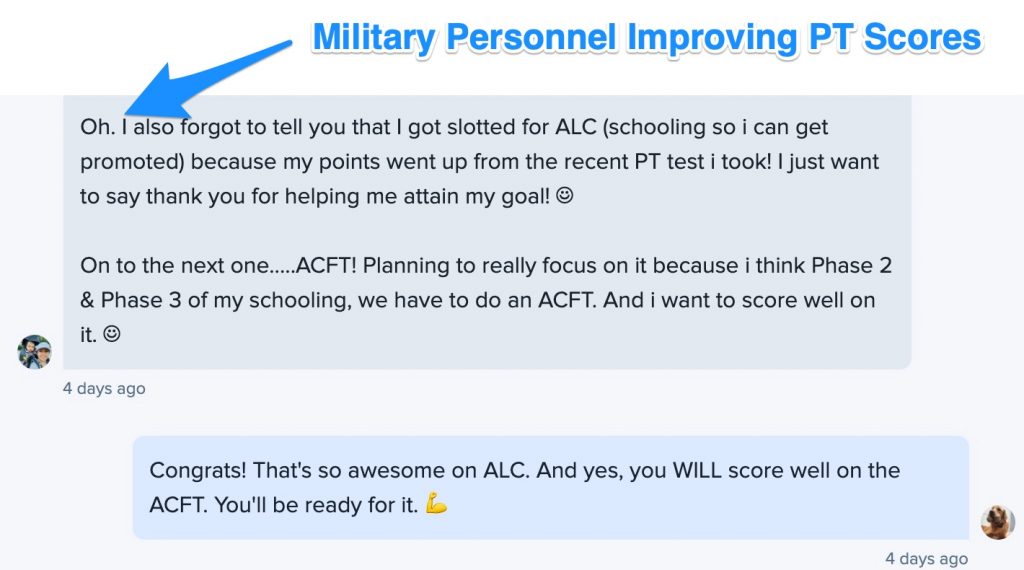 I understand you may still be skeptical, lots of other websites have great pictures and talk a big game. You may also worry that while others have achieved great results working with us, it’s not possible for you. I hear you on all of that. Which is why we stand behind what we offer with a strong, money back guarantee.

There are no catches either. If you don’t start to see or feel results, send us an email within the first 30 days of our work together to cancel and we’ll issue a full refund. That’s how confident we are that we can get you where you want to go.

You don’t need to be an elite athlete to work with us, most of our clients are regular, everyday folks that want to look and feel better. Having some history with exercise is beneficial. The most important requirement is commitment. If you’re at a 10 out of 10 commitment to achieve your fitness goal – we should definitely talk.

How Much Does It Cost?

Working 1:1 isn’t cheap, but IT IS a great value. The national average rate for a personal trainer is $60 / session. If you work with this trainer a few days a week, you’re going to pay at least $750 a month. And that’s for an average trainer. Great trainers cost A LOT more.

Our 1:1 packages range from $175 – $449 per month depending on your needs. For this, you get unlimited access to a top tier trainer – and not just top in your area! This isn’t an expense, it’s an investment in yourself. 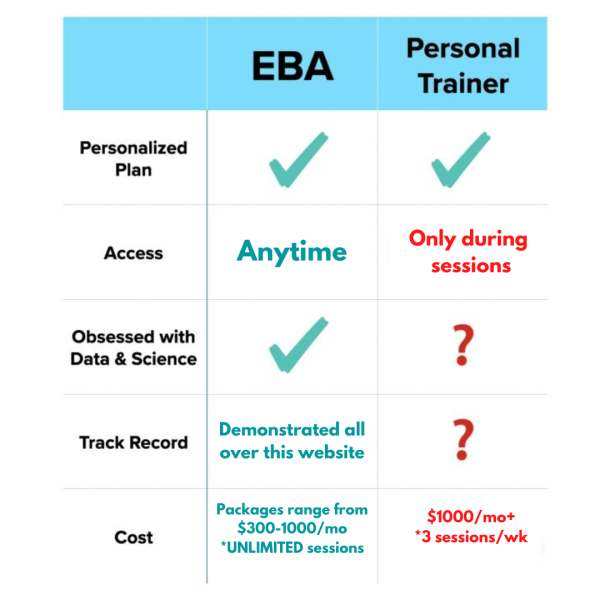 We use a simple application process to ensure we’re a good fit for each other. Here’s how it works…

If you’re not ready for the full Cube Concept treatment, but still want to benefit from our highly effective approach and do so alongside a small group of other like minded folks, our group programs are an excellent option.

Each program is laser focused on a single outcome. Here are a few recent examples:

Don’t think just because you don’t get the full Cube Concept treatment that these programs are ineffective though. We still fully commit our science-based, data-driven approach. Here’s a snapshot of some of what’s possible… 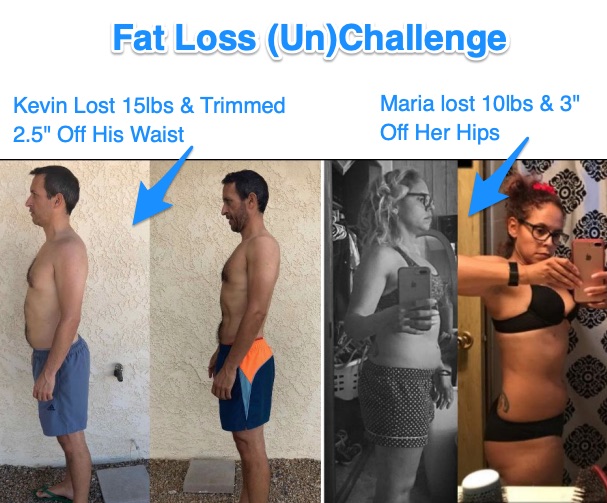 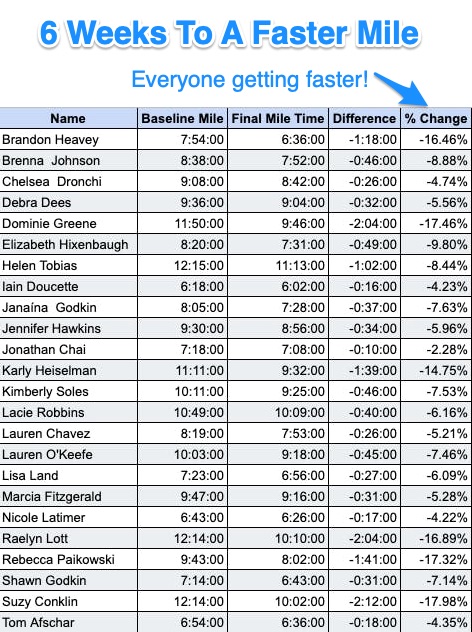 That’s me at the top of that timed mile table too! I hadn’t been running in a while and decided to participate alongside everyone and managed to get A LOT faster in the process.

People seem to really dig these group programs too. Here’s some of the feedback we’ve gotten…

Want In On The Next Group Program?

We run 3-5 group programs each year. Register below to join the waitlist and get notified about the next program.

Copyright 2023 © All rights Reserved. Design by Evidence Based Athlete, LLC