Let’s kick things off with a short story.  It’s a story that explains why getting results from your diet can be so difficult.  Here we go….

Six months ago, two workout buddies decided they were going to start taking their diet seriously to get leaner. Let’s call these guys Tom and Jerry.

Now, Tom has heard a lot about clean eating, so he goes that route. He’s super strict with his diet for about 3 weeks, but then life happens. He goes out with his buds and gets a little crazy with the pizza and beer one night, the next week he has to travel for work and well… Tom falls off his diet. Hard.

He noticed he didn’t really lose much weight over those 3 weeks anyway, so he thinks, maybe clean eating isn’t all it’s made out to be. After the dust settles, Tom hears about the keto diet from another friend and decides to give it a shot. Everyone seems to be doing it… it has to work for him, right? Well, this time he’s only able to stick with the diet for 2 weeks. “Keto is so hard to stick with,” he thinks to himself.

And, unfortunately, this cycle continues for Tom. At the end of the 6 months, he’s frustrated, feels defeated and actually weighs a few pounds more than 6 months ago when he got started with this whole getting leaner thing. Tom wonders, “…is it possible dieting just doesn’t work for me?”

Jerry on the other hand, took a different approach. He decided to work with someone that has helped many others like himself lean out. He figures… you go to a mechanic to work on your car, you go to a doctor to treat your disease, why not go to a nutrition coach to lose fat?

Jerry’s coach starts by analyzing his current diet and finding the biggest wins that will require the smallest amount of change for him. This is huge for Jerry, because he’s a pretty busy guy. Still, he’s skeptical, he was thinking he’d need to be suuuuper strict, maybe do something like eat chicken and broccoli all day, to get leaner.

This isn’t the super strict dieting he’s tried in the past, but he trusts the process. A few weeks down the road, he’s having no problem sticking to the diet because it’s not that different than what he was eating, just a few changes.

To Jerry’s surprise though, he’s is down 4 pounds. Not a massive change, but he’s making progress and not feeling all that deprived. When he has to travel for work, he lets his coach know and together they strategize how he can stay on track while on the road.

Three months in and he’s down 12 lbs. Not too shabby, but his weight loss has stalled a bit over the past couple weeks. No problem, his coach makes a few more changes and at the end of the six months, Jerry ends up losing 25 lbs. That’s fat he’s been trying to shed for years and it’s finally gone!

He never felt super restricted over that time.  He had someone to show him the most important things to focus on for fat loss.  And, that someone also held him accountable.  His “diet” has now become “just the way he eats” and he feels great about that. Jerry not only lost fat, but he’s going to be able to keep it off for good now!

Are You Tom or Jerry?

Of course, this is a made up story and some of it may seem silly or contrived, but compare Tom’s approach to what you’ve tried in the past. Are there any similarities? It’s ok if there are, there’s no reason to be embarrassed by that – it’s actually the way most people diet and why most people fail to experience lasting results.

This story of Tom and Jerry actually parallels that of the tortoise and the hare. Tom is the hare sprinting hard with bursts of ultra strict dieting, meanwhile Jerry is the tortoise, refining his diet over time and making steady progress. We all know how that story ends too, in the end, the tortoise wins the race.

It’s true, I’m addicted! I think I might be able to stick to this healthy eating thing! After 2-1/2 months working with @evidencebasedathlete I’ve lost 16lbs, more importantly 4% body fat! Excited to see what happens after a few more months! #teamEBA #nutritioncoaching

Oh, and here’s the picture that went along with that post: 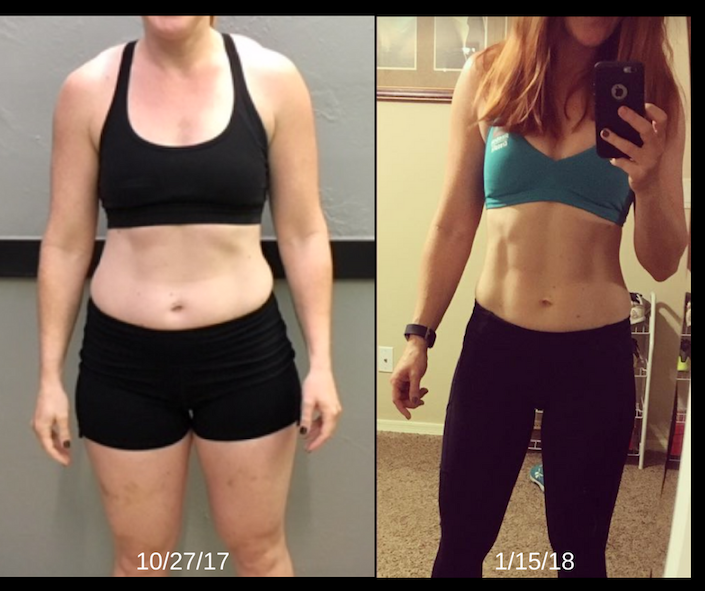 Mary, pictured above, isn’t the only person this approach has worked for either, here are a couple other gratuitous before and after pics of our clients:

“I always described myself as a really clean eater, yet still felt a bit bloated around the middle and chalked it up to being “older”.  I have noticed a HUGE change in my body and how I feel.  What an eye opener!”

This story and these client pictures are all examples of using nutrition for fat loss, but we’ve applied those same principles successfully for host of other objectives, like: building muscle, fueling for performance, reducing gas / bloating and improving cognition & energy throughout the day.

Are You Ready for a Change?

If you’re ready to get out of that hare mindset and finally experience real change from your nutrition like the tortoise (and Mary, Erwin and Brenna in the pictures above), I’d like to introduce you to Evidence Based Athlete Nutrition Coaching. It’s one-on-one coaching that includes all the accountability and science-backed / client-proven guidance you need to become the lean turtle of your dreams 🙂

This is no generic approach to dieting, here’s how it works:

We only take on a handful of clients that we’re confident we can help.  If you’re ready to make the investment in yourself, to finally get the results you want, click the button below to schedule a free call and we can see if we’re a good fit to work with one another.

What This Program Is Not:

So, if you’re interested in making a change, in finally dedicating yourself to what it takes to lose that extra fat, build muscle or increase your performance in the gym, we want to work with you.  Click the button below to schedule your free call and get started today.